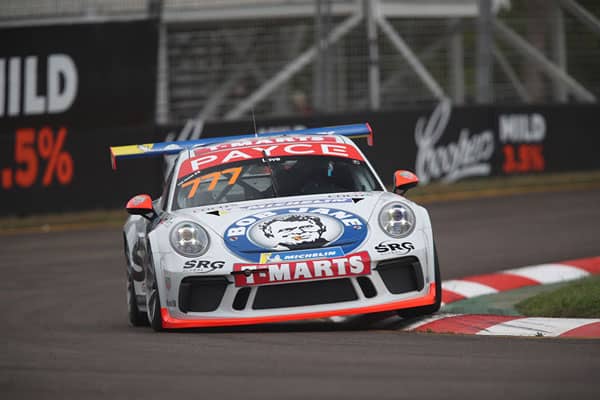 200 kilometres to the west of Sydney, lies one of Australia’s national treasures in the heart of the Central Tablelands of New South Wales. Like Albert Park and the MCG, Mount Panorama is haloed ground to any sporting enthusiast, enjoying global acclaim around the world as ‘the’ track to race in Australia.

In 2015, the NSW Geographical Names Board approved a dual official name for the track of Wahluu – after a 40-year campaign by the indigenous Wiradyuri Aborginal people to get the area historically recognised. Wahluu means a young man’s initiation place to the local people. Aptly in 2018, it was the youth and tenacity of Jordan Love that proved his tenacity and resolve to his more experienced counterparts around the challenging mountain circuit.

Love’s round victory last year was the second straight win for the Sonic Motor Racing team at the track, with Andre Heimgartner taking round honours in 2017. Love carries good momentum into round 7 this year, with the most round and race victories this season. A clean sweep in Tailem Bend helped him to narrow Dale Wood’s championship lead to 90 points.

Love’s return to the podium since his Darwin accident mid-year has earned the respect of all and along with line honours seen him secure the Michelin Junior shootout nomination after a season-long fight with Cameron Hill.

With the absence of Bathurst legend Warren Luff from this weekend’s grid, Wood and Love enter the race weekend as favourites for victory. But as the five different round victors (from the six rounds) have shown, they will not have it all their own way. The experience of the ever-consistent David Wall and Adelaide round-winner Nick McBride are sure to be a factor, with the pair lying third and fourth respectively heading into the penultimate round.

Others in contention this weekend will be Cameron Hill and Cooper Murray. The Michelin Junior pairing continues to show their raw pace in recent rounds – although both would have hoped to translate more of this into points during the second half of the season. Love’s fellow Bob Jane T-Marts teammate, Michael Almond will also be a factor this weekend, given the Sonic Motor Racing team’s domination of four of the last five rounds this season.

While the overall championship points log in the TAG Heuer Pro-Am class reflects Roger Lago with 74 point advantage over Liam Talbot. The 2019 Pro-Am class regulations allow for each driver to drop the points from their worst round over the course of the season. With this in consideration, the championship fight is actually far closer heading to Bathurst.

Taking into effect each driver’s best five scoring rounds from the 19 races thus far, Lago’s lead is only 18 points from Liam Talbot and Adrian Flack. The intensity of competition in the TAG Heuer Pro-Am class has witnessed a multitude of round winners from the six TAG Heuer rounds this year. The leading trio could also be challenged by the likes of a returning Stephen Grove (from his European Supercup campaign) and the McElrea Racing entry of Tim Miles.

Miles is the dark horse for the iconic event. Despite lying sixth in class, Miles will be aiming for his third straight TAG Heuer Pro-Am round win at Bathurst. No driver in the series’ 15 year history has won three Pro-Am rounds in a row at Bathurst. Rodney Jane won two in a row in 2006 and 2007.

The weekend gets underway at 08:50 on Thursday with a single 50 minute practice, before a 30 minute qualifying session that afternoon. Races 1 to 3 take place over the next successive days from Friday to Sunday (1 race per day) All races will be shown live on Fox Sports 506 and streamed on Kayo Sports, while both Saturday and Sunday races will also be shown on Channel 10.