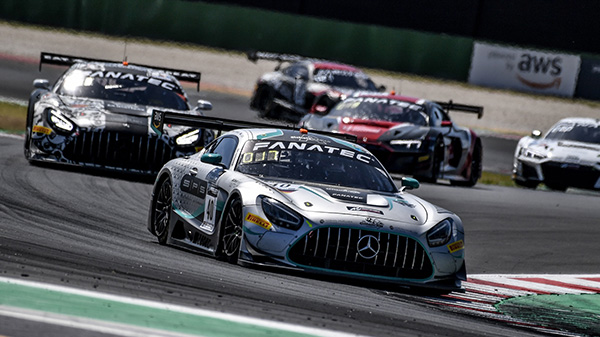 Jordan Love continued his debut GT3 season with another promising performance at round 5 of the Fanatec GT World Challenge Europe, and made his first appearance in the highly-competitive Sprint Cup. Racing with SPS Automotive Perofrmance alongside experienced German GT racer Lance David-Arnold, Jordan showed impressive pace throughout the weekend, but the results ultimately did not go his way. The weekend’s first race saw Jordan set up a 7th-place finish before a hard battle for 8th place in the second race.

Jordan joined SPS Automotive Perfroamce for a one-off Sprint Cup entry at the wheel of his regular #40 Mercedes-AMG GT3, looking to gain important mileage and further race experience prior to the TotalEnergies Spa 24 Hours later this month. It was another new circuit for the young Australian to learn, and it didn’t take long for him to have a grasp of the 4.226km layout. Indeed, Jordan’s outright pace looked promising as he went out for the first qualifying session, where he immediately went into the top-10 overall. As the session continued, the track continued to evolve and improve, but a decision was made to roll the dice on strategy and Jordan’s first run would be his only attempt, ending the session in 10th-place in the Silver class, 20th overall. 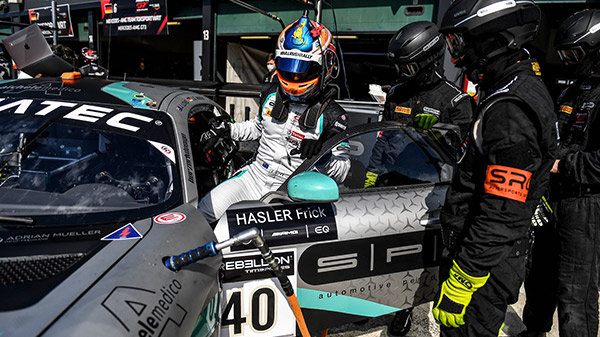 A chaotic race start saw Jordan capitalise on the opening lap, immediately making up three places from his grid slot and looking positive for further gains. This progress was halted as the field was brought under Safety Car control, and Jordan was able to manage the restart well to maintain position. As the tempo returned to the full racing speed, Jordan was tucked under the rear wing of the Lamborghini and looking for a way past, and remained in close proximity to the Pro-entry car until the pit window opened.

A strategy call by the SPS Automotive Performance team saw Jordan the first to pit from the Silver class runners, entering the pitlane from 9th in class. Here Jordan made way for Lance and the silver and black Mercedes-AMG had gained a position in class in the pitstops, shortly before a further full course yellow period brought the pace back down again. As the remaining stops played out and the race got back to green flag conditions, the #40 had progressed a further position and would hold station until the chequered flag to claim 7th in class, 17th overall.

The weekend’s second race was set with Lance qualifying in 11th place, before the experienced GT3 race took the start. A less frantic opening to the race saw few position changes across the grid, but early contact between two Silver class front-runners promoted the #40 up to 9th. Then, in a switch from the weekend’s earlier race, the team ran slightly longer through the pit window which gained a few places and an opportunity to run in clear air. 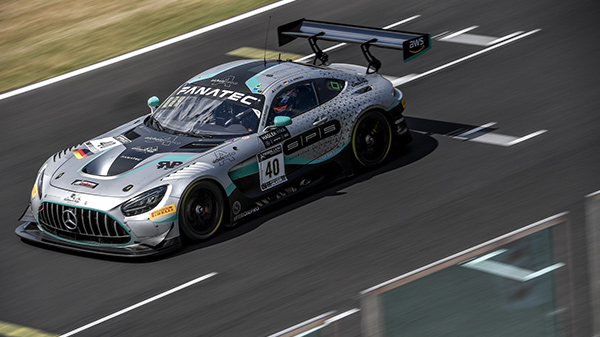 Jordan was immediately up to speed as he exited the pitlane, battling for a class position. Within one lap, the 22-year-old dispatched the Ferrari and moved up to 8th as he set his sights further up the road. His pace was extremely strong, and posted the car’s quickest lap of the race as he passed Pro-Am traffic and was chasing down the sister SPS Autotmotive Performance entry ahead.

Over the following laps, Jordan brought the gap down from 3.5 seconds and he was pushing for a top-20 overall position as the pair closed in on the Pro-Am leader. With the sister car now engaged in the battle for the class win and Jordan comfortably holding 8th place, he held station through the closing minutes to not distract or interfere with the racing ahead, crossing the line 8th in class, and 21st overall.

Jordan explained: “It was really great to be back in the car this weekend, and to gain more mileage and great experience running with Lance. Overall, we had good pace in the car, but we just weren’t able to convert that into the result this weekend. It was frustrating in qualifying not to get the second run as the track was improving up until the end, but the start of the race was exciting and great to make up some places in the early laps. The second race was a bit less chaotic, and it was great to be able to move up the order during my stint as we found some good pace until I caught the Pro-Am lead battle.

“Overall, it was a positive weekend, and really grateful to the team for the opportunity of more time in the car and gaining real-world experience on track against teams and drivers who will be on the grid at the Spa 24 Hours. The results weren’t quite what we hoped for, but there are plenty of positives to focus on as we prepare for the next race at the end of the month.”