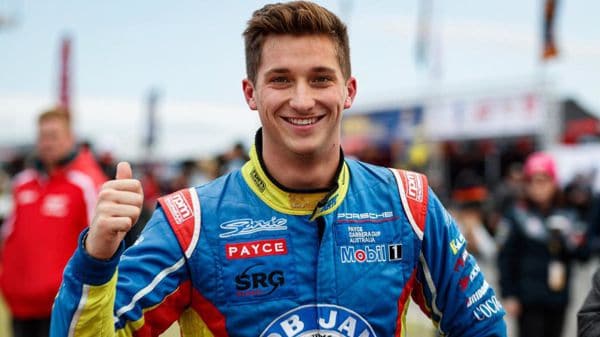 By MAT COCH : Jordan Love says being confirmed as the Australian nomination for the Porsche Junior Shootout this year has lifted a weight from his shoulders.

Love’s position was confirmed courtesy of a dominant Porsche Carrera Cup Australia performance at The Bend, winning all three races over the course of the weekend to get the gong over his Michelin Junior rival Cameron Hill.

It will see the Western Australian follow in the footsteps of Matt Campbell and Jaxon Evans in heading to Europe to take part in the shootout, and could see the 20-year-old join the German marque as a junior driver. Read more