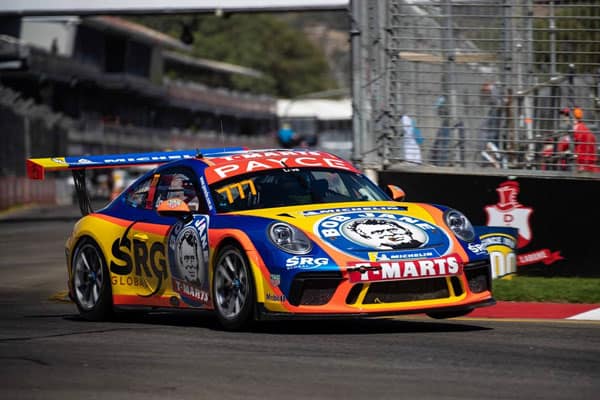 Jordan Love has a clear goal… and knows what he has to do. The West Australian has seen the rise and rise of now-Porsche Young Professional and recent Bathurst 12 Hour hero Matt Campbell who, like himself, started in Porsche Michelin GT3 Cup Challenge Australia before graduating to Porsche Carrera Cup Australia.

Campbell has since risen to fame in international sports car racing and now Jaxon Evans is the latest Carrera Cup Champion to win the Porsche Motorsport Junior Programme Shootout and secure a position on the Porsche Mobil 1 Supercup grid in 2019.

Continuing in the #777 Bob-Jane T-Marts-sponsored, Sonic Motor Racing Services-run Porsche 911 GT3 Cup, Love now looks to continue in their footsteps. Like Campbell and Evans, Love found success in GT3 Cup Challenge before securing his first race and round win in his maiden debut Carrera Cup season while defeating more experienced rivals in the final standings.

With Campbell and Evans now under the wing of Porsche Motorsport, Love has his sights on the 2019 Carrera Cup title and becoming the third Carrera Cup Australia graduate in four seasons to race in the white Porsche Junior race suit.

“Since joining GT3 Cup Challenge in 2017 I have had the goal of using the Porsche Motorsport Pyramid in Australia to progress my driving and hopefully one day becoming a Porsche-supported driver in Europe. Seeing Jaxon win the Shootout and make his own move to Europe further shows that it is possible to climb Porsche’s pyramid in Australia and become an international Porsche Junior. I’ve never been more motivated to reach this goal than now,” said Love.

“The 2018 season was a great year for us and I never thought that it would result in me getting my first Carrera Cup race win in Sydney and then my first round win at Bathurst.

“I learnt at Sydney what it takes to win a race, but at Bathurst I was able to convert that into a race weekend, and that’s what is vital for any title chase.

“Obviously my goal is to be a contender for the 2019 Carrera Cup championship. There’s a wealth of experienced drivers this season like David Wall, Steven Richards, Dale Wood and Warren Luff, who are no doubt going to make life extremely hard on track… but I’m looking forward to the challenge.”