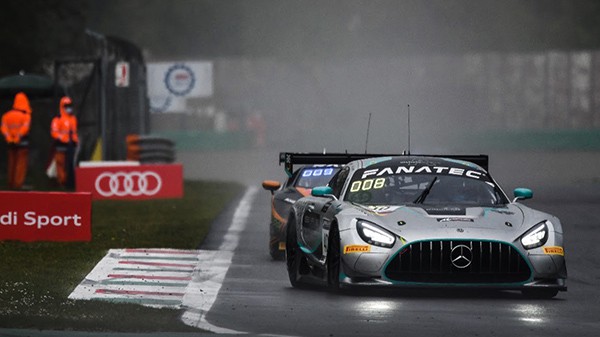 Australian racing driver Jordan Love got his 2021 racing campaign off to a successful start at the Italian circuit of Monza, taking on the opening round of the Fanatec GT World Challenge Europe Powered by AWS Endurance Cup and helped bring the SPS Automotive Performance Mercedes-AMG GT3 home in an impressive 8th place in the Silver class. The three-hour race was not short of incidents, and a change in weather shortly after the start added further drama for the 42-car field to manage, further highlighting the strength of the result for Jordan on his GT3 debut.

The result only tells a small part of what unfolded during the weekend, and during the race itself, which saw Jordan and the team working through setup changes as they struggled with ultimate pace. Each of the sessions saw Jordan running well as he continued to gain important mileage and experience at the wheel, but the outright pace of the Mercedes-AMG GT3 shown in pre-season testing appeared to be lacking. This continued into a tough qualifying as Jordan and his teammates Yannick Mettler and Miklas Born could not get the car to perform at its best when running on new tyres. Jordan showed strong pace in his qualifying session to run quickest of the trio, and the combined qualifying times saw the silver #40 Mercedes line up P12 in class, P38 overall.

After the difficult session and ahead of the race start, a broken rear rollbar was identified by the team as the cause of the setup and pace issues which had been experienced.

With the car now fixed, Yannick took the start under ever-darkening clouds and made steps to move through the field before rain began falling on lap 6. With the conditions gradually becoming more slippery, the Safety Car was deployed for the first time following an incident as the race reached the 30-minute mark. Racing was then interrupted with further full course yellow periods as the rain became heavier. As the pit window opened, teams looked at different strategies with Yannick staying out as long as possible before eventually pitting the #40 Mercedes from P3 overall.

With the threat of rain hanging in the air and the track still very slippery, Jordan headed out for his first race laps in conditions he had not experienced previously. With the order shaking itself out, Jordan took to the track inside the top 10 of the Silver class, P26 overall, and worked quickly to get to grips with the all-new conditions at full race speed. 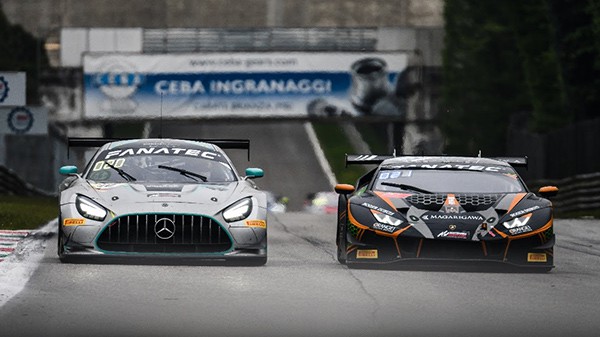 The rain that had been threatening did return over the following laps, but less severely than had been seen previously, and by halfway through Jordan’s stint a dry line was starting to appear.

Jordan’s pace had been strong in his opening laps and the Perth-born star had moved his way up the order and was running P9 in class. It was at this point that teams looked to roll the dice again on strategy with the option to switch back to slick tyres, and another on-track incident for one of the leaders saw another Safety Car intervention.

As the race got back underway, Jordan had moved up the overall order and managed the restart well, defending for position in tricky conditions. The following laps saw Jordan working hard to manage the condition of his wet tyres on a drying track against a number of cars all on different strategies. At one stage, the 21-year-old championship rookie was engaged in a closely fought 6-car battle for position with cars running on different tyre types and all searching for grip.

With the track now almost dry and many teams looking to stretch the stint as long as possible to minimise time in the pits, the action then escalated as a number of the lead cars suffered with tyre failures. In addition to a shake-up of the leaders, the track was littered with debris as damaged cars made their way back to the pitlane which saw several full course yellow periods required in order to clear the circuit. This shake-up, and through determination and careful management of his tyres during each of the interventions, saw Jordan progress as high as P12 overall and make an important pass in the Silver class to move up to P8.

With just over 60 minutes remaining, Jordan pitted to dispose of his heavily worn wet tyres and to hand over to Miklas for the final stint. A number of further tyre failures followed meaning further Safety Car appearances, but the further incidents were successfully managed as the earlier ones had been and, as the clocked ticked over 180 minutes, the #40 SPS Automotive Performance Mercedes-AMG GT3 crossed the finish line to claim P8 in class and P18 overall. The result was reflective of the trio’s pace, recording the highest number of positions gained during the race moving forward an impressive 20 places from their grid slot.

“It was a steep learning curve to jump into for my first ever race laps at Monza, having never driven here in the wet before, but I really enjoyed the challenge and got to grips with things quite quickly. With the track drying out by the middle of my stint, I had to work hard to manage the tyres and make them last about half an hour which is something I haven’t had to do before, and I was possibly a little bit too cautious at times, but I managed to have some good battles and I am really pleased with the final result and to score a top-10 finish on my GT3 debut.”

“We were definitely on the back foot after qualifying, but the team has done a faultless job all weekend, and the car was great in the race which meant we could just focus on the job in hand. A massive thank you to Stefan and the whole SPS Automotive Performance team, and to Yannick and Miklas. Looking forward to getting back out on track in a few weeks, and hopefully the weather will be a little bit less unpredictable!”

Jordan now sets his sights on the second round of the Endurance Cup at Circuit Paul Ricard in France, taking place 28-30 May. 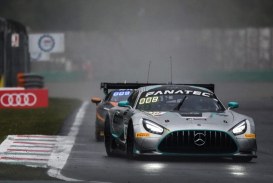 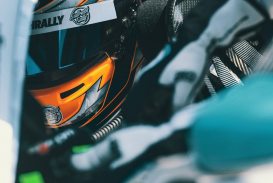 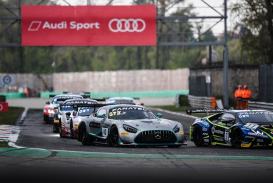 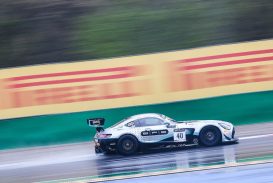 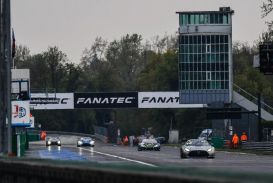 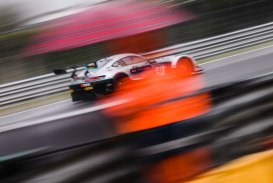