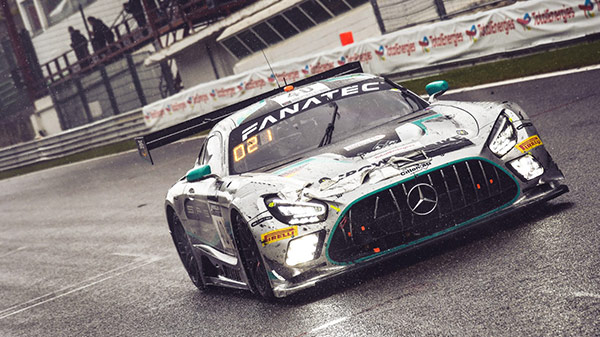 Australian driver Jordan Love joined SPS Automotive Performance for the 73rd running of the 24 Hours of Spa, making his debut at the ultimate GT3 endurance event and claiming a hard-fought P5 class finish in the highly competitive Silver class. The twice-around-the-clock event – round 6 of the Fanatec GT World Challenge Europe powered by AWS – also saw Jordan and his teammates involved in a dramatic final twist in the closing moments to secure a hugely impressive overall result to finish just outside the top-20 against some of the world’s best teams and drivers at the iconic circuit.

The start of the weekend’s activities saw Jordan looking to maximise each track activity ahead of the race start, but his qualifying session was heavily affected with red flag interruptions meaning the 21-year-old Australian was only able to post one competitive time for the combined qualifying times. Despite this lack of track time, Jordan showed his ability to perform under pressure, posting the quickest laptime for the #40 Mercedes-AMG GT3 and helping secure P9 in class and P29 against a grid of nearly 60 competitors. 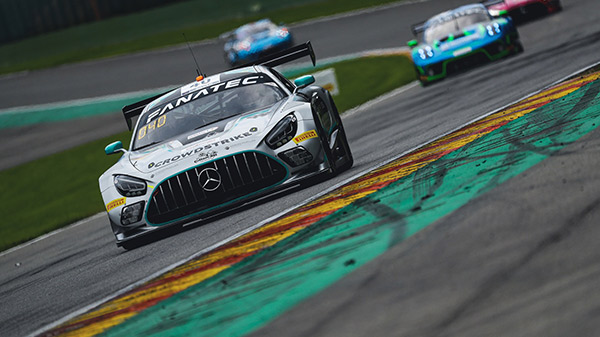 A chaotic race start saw Yannick Mettler in the car and the full grid initially made a clean getaway, but with positions changing up and down the field. A dramatic incident brought proceedings under Full Course Yellow control for nearly 60 minutes during the opening laps, where the team looked to roll the dice with a change to strategy.

With the team going aggressive on the strategy at the early stage, a short but heavy downpour after the safety car restart presented a further opportunity for strategy to play a part. The field was split over the decision, the #40 choosing to remain on slicks for an additional lap on a wet circuit. By the end of the additional lap the team was running as high as P5 overall as they pitted, but with the majority of the field already running on wet tyres and up to speed, the order reshuffled and dropped the silver Mercedes-AMG back down the field.

With a mixed strategy against the competition, the #40 climbed up the timing screens over the next few hours before Miklas Born pitted to hand over to Jordan for his first race laps. With the sun setting, Jordan hit the track and was immediately on the heels of Silver class competition and set the quickest sectors for the car to that point while battling hard for position. Showing his determination from the outset, Jordan quickly dispatched several cars and worked through some slower traffic, closing in on the top-10 with consistently quicker laps than the cars he was chasing.

Just after the 5-hour mark, Jordan moved back up 10th place in class, running inside the top-40 overall. With pitstop schedules playing out, Jordan then gained a further position in class ahead of his first scheduled stop for tyres and fuel, and he rejoined a clear circuit allowing him to push and settle into a rhythm without the need to battle or defend. With the track now in darkness, Jordan set his sights on closing the gap to the cars ahead and after posting consistently quickest sector times for the SPS Automotive Performance entry, as the clock reached 6-hours, Jordan continued to post quicker and quicker laptimes before handing over to Lance David-Arnold from P10. 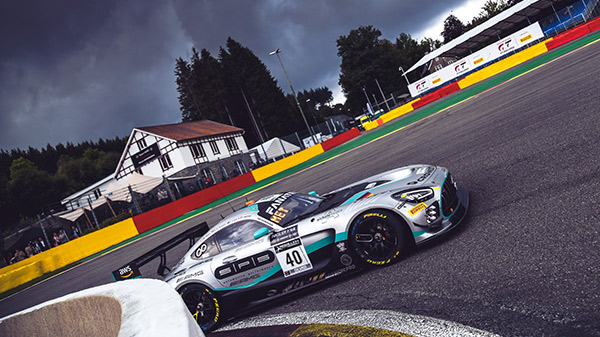 Jordan returned to the car shortly after the race reached the midpoint after his teammates’ stints were hit by several Full Course Yellow and safety car interventions. As he took over the controls, the team was running P9 in class and had moved up the overall order to be within the top-30. The strategy saw him put into clear air and Jordan set about optimising the opportunity over his second double-stint. He worked to reduce the gap ahead, making up time on each lap and as the race entered the 15th hour and Jordan’s scheduled pitstop for a driver change, the #40 Mercedes-AMG was running P7 in class.

With a requirement for the team to make a mandatory ‘technical pitstop’ to change brakes, a Full Course Yellow shortly after the scheduled driver change saw Lance return to the pitlane to minimise the impact of the longer stop. This proactive strategy call gained another class position and leapfrogged several cars to see a top-20 position a real possibility after 16 hours. The order continued to ebb and flow as pitstop strategies played out, and further Full Course Yellow interventions halted the charge but with just less than 120-minutes remaining, Jordan was back in the car. A drive through penalty for the team exceeding track limits briefly stunted his final stint, but Jordan continued to show determination and it looked like a hard-fought P6 would be the end result, barring any last minute dramas.

However, bookending the frenetic and dramatic opening start to the race, the final hour started with a deluge of rain which would completely change the make-up of the closing laps. The remaining competitors struggled to make a way back to the pitlane in soaking wet conditions on slick tyres, and Lance then managed the closing laps in extremely difficult conditions. At the flag, the #40 Mercedes-AMG crossed the line P5 in the Silver class, P21 overall just 0.035s outside the top-20 after completing 547 laps. 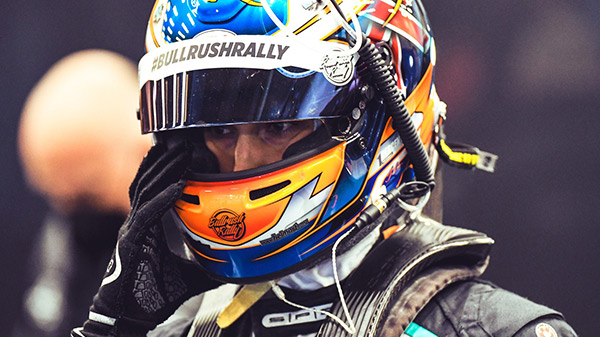 “What a race! My first 24-hour race, and I am really pleased to be able to say that we finished. We stayed out of trouble, and to finish fifth in class is a great result for the whole team. It’s a great feeling to bring the car home – there was a lot of hard work by a whole group of people in the build-up to the event and over the weekend, so I’m really happy that we could achieve this together, and a massive thank you to the whole SPS Automotive Performance team and Mercedes-AMG Customer Racing.

“There were various new challenges throughout the weekend, including limited running during qualifying, my first night race, my first 24-hour event and changing weather conditions at the end, among others, but it was a great experience and we have shown we can compete at the highest level. We were unlucky with the track limits penalty on my last stint, but the overall pace was there throughout the whole race, the car setup was strong and great work on strategy by the team. Thanks to that, we were able to make up some positions and keep pushing all the way to the last lap.”

Next up for Jordan is the next Fanatec GT World Challenge Europe Endurance Cup round at the Nürburgring, for the home race of SPS Automotive Performance in Germany. The race takes place 3-5 September.