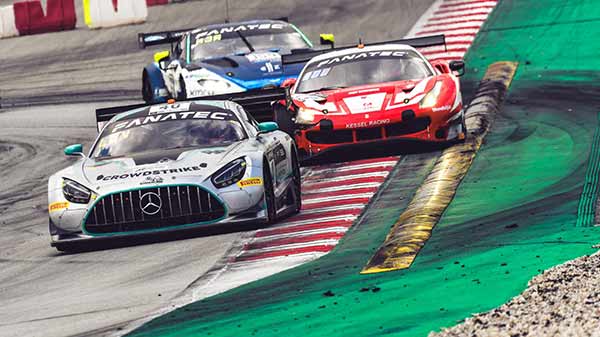 Jordan Love concluded his debut GT3 season at the final round of the Fanatec GT World Challenge powered by AWS with another solid top-10 finish, but the result was not what the young Australian had hoped for. Pitching himself against some of the world’s best GT racers, Jordan and his SPS Automotive Performance teammates claimed 8th place at the Circuit de Barcelona-Catalunya at the end of the three-hour battle, concluding his rookie season and showing himself to be more than up to the biggest challenge of his career to-date.

Early running over the weekend saw Jordan and his Silver-class teammates Yannick Mettler and Miklas Born running with good pace, aiming for the top-5. Indeed, the first practice session looked extremely promising as the silver #40 SPS Automotive Performance Mercedes-AMG GT3 ran 5th in class, 14th overall. Tyre degradation was proving to be the highest seen all season, but the team worked through various programmes during the pre-qualifying session to fine-tune the set up ahead of qualifying. 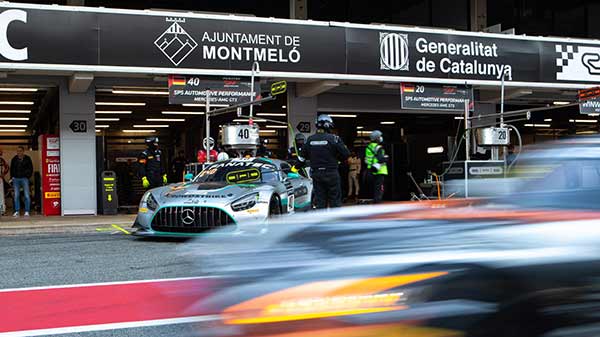 Commenting after the full day’s running ahead of qualifying, Jordan explained: “The practice and pre-qualifying sessions have proved really positive, and the setup is now feeling strong after the work overnight by the team. We still have a little bit of time to find but feeling pretty good that we are going to be pushing for that top-5. Managing the condition of the tyres over the course of the stints could play an interesting part in how the race plays out.”

With overnight rain and an early morning qualifying session, the track surface was at its most green for Jordan as he rolled out for the first run. The Perth-born racer was quickly up to speed, but was battling was clear track around the 4.655km circuit amid the 46-car grid. Despite the challenge, Jordan ran solidly over the session to go 11th-quickest, running on new tyres for the first time over the weekend. This meant he used the session to gain an insight into the different handling characteristics ahead of taking the race start.

Miklas and Yannick then took to the track, and the combined laptime saw the #40 Mercedes-AMG in 10th place for the season finale.

The race got underway with the frantic characteristics that have become a regular feature of the GT World Challenge Europe events this season. The opening lap saw positions changing up and down the field, and heavy contact between several cars resulted in the deployment of the Safety Car within two laps. Having suffered damage in the opening laps on previous events which proved detrimental to the remainder of the race, Jordan initially exercised caution as he took the start and ensured that he could be in a position to battle. This less aggressive approach saw Jordan surrender some positions initially, but then allowed him to take the fight to the competition and recover to 12th as he approached the middle of his stint. At this point, running firmly in the wheeltracks of the team’s sister Pro-Am entry, the differing strategies saw an end to Jordan’s progress as the tyres continued to degrade and he was unable to make a move. 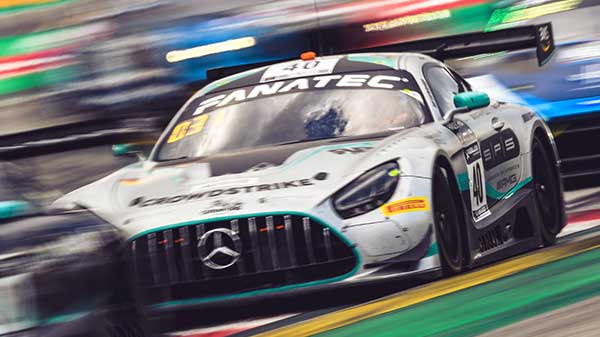 As the pit window opened, the strategies of the class leading group saw some cars stop early. Jordan continued to press on, bringing the #40 in to the pitlane on the hour mark having capitalised on the early stoppers and moving as high as 7th. Yannick then took over, running in 12th as the strategies all shook out, but importantly had managed to move ahead of the sister car during the pitstop. This allowed the fight to resume, and the team opted to run slightly longer than the leaders once again at the end of the second stint. This difference in timings saw the #40 elevated as high as 6th on track before the final stop to hand over to Miklas.

The race ended in a similarly chaotic way to how it started, with battles intensifying as the clock ran down. The final hour saw Miklas making progress through the field, interrupted by caution periods with Full Course Yellows and the deployment of the Safety Car. The #40 made the pass into the top-10 shortly before the first of these, and with less than 10 minutes remaining it had pushed up into 8th. One final incident in the closing stages brought out the Safety Car with less than 5 minutes remaining, and the sprint to the flag after the restart saw the SPS Automotive Performance team chalk up another hard-fought top-10 finish, crossing the line in 8th. 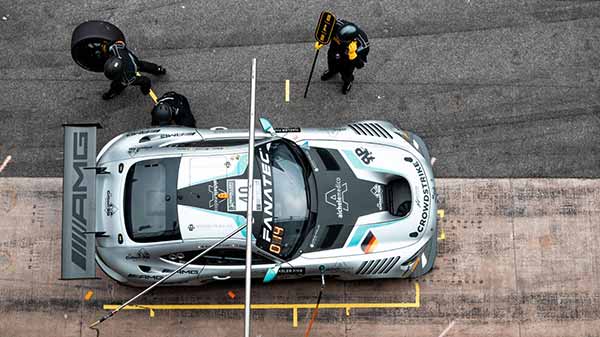 As the season comes to an end, Jordan explained: “It has been a really great season, working and racing with SPS Automotive and Mercedes-AMG, and I am really pleased we could bring the car home for another solid result in the top-10 today, but I feel we missed out on the result we really deserved. Maybe I played it slightly too safe at the start of my stint which gave away a couple of positions, and I couldn’t make the impact on the race that I would have liked. We had struggled earlier in the year to really turn on the performance after sustaining damage early on, and that cost us some results, but it was a judgement call on just how aggressive to go from the start. It was a tough weekend, but we learn, and we get stronger.

“The team has done a great job, and it has been great racing with Yannick and Miklas in my rookie season of GT3s. I’ve learnt a lot from everyone, and this championship really is the best in the world. It is a huge challenge, and I have loved every single lap.”