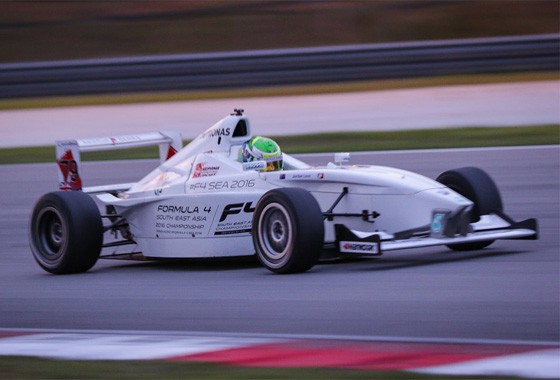 Sepang / Kuala Lumpur, 14 Dec 2015 – After a successful conclusion to the final AsiaCup Series, overall champion Jordan Love and rookie champion Adam Khalid of Malaysia returned to Sepang on Monday to participate in an extended test programme with the Formula 4 SEA race car.

Intended to give the young champions a taste of the new F4SEA racecar ahead of the new season later in 2016, both drivers were given several opportunities to familiarise and try the handling of the car as well as the modern paddle-shifts, which is a departure from the racecars used in the AsiaCup Series, which uses sequential stick shifts. In addition to collecting data, the drivers also worked on set-up options to find optimum performance in Sepang’s notorious heat.

Though this is not his first time in an F4 car Jordan Love had driven a Formula 4 car in his native homeland of Australia and had the first taster of the F4SEA car during a shakedown at the championship preview event at the end of the AsiaCup Series on Sunday. Joining the pair at the test were 2013 AsiaCup National Cup Champion Daniel Adam Woodroof, 2013 AsiaCup Series champion South African Matthew Swanepoel (2013) and 2007 Formula BMW Asia Champion, Briton James Winslow to coach the drivers. 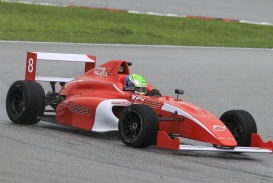 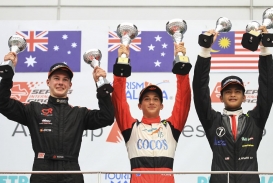 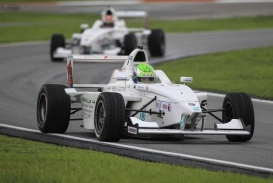 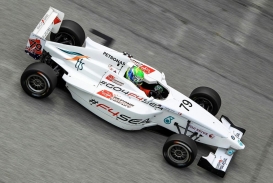 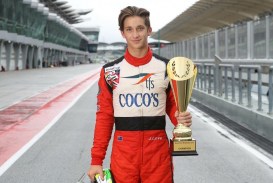 Jordan Love (AUS): “I feel privileged to have been given the opportunity to do the F4 SEA test programme, which was great especially yesterday. After the preview ceremony of the Formula 4 South East Asia Championship, the promoters of the new championship, Asian Autosport Action Group or Triple A gave me the possibility to do a shakedown test and complete three laps on the track with the car. But the conditions were not ideal yesterday, so the three laps in the wet are always slower than expected. I was hoping to run on the dry this morning. But the weather was still on the wet side when I arrived and the track very damp when I started the car and my laps today were not any quicker. I do love racing in the
wet conditions. It is good fun. If you drive in the dry, nothing will change. In the wet, you have some surprises. As much as I like driving in the dry, I do not dislike a huge downpour like we had yesterday. I get excited and enjoy it.”

Adam Khalid (MAS): “After coming in second in the championship and getting the rookie championship, I got the chance to do the debut F4 SEA test, and I have to say that the car is amazing, it’s phenomenal. It’s so much better than the cars we use in the AsiaCup Series and it’s so much fasters. The mechanical grip is incredible, with a lot of technological improvements by comparison. The paddle shifts is a major difference compared to the stick shifts and overall the technology is so much more advanced. The feel is incredible in terms of handling, braking, less downforce and a lot more mechanical grip. I can’t wait to get more time in the car.”

Firhat Mokhzani, Managing Director Triple A: “Today was the first test for the F4 SEA car and it could not have gone any better. Several of the confirmed drivers got a run in the car and straight out of the box everything ran smoothly. There were no hiccups or downtime. Performance wise and lap times by the drivers has been a positive surprise and I could see from their feedback that they enjoyed it!”

The F4 SEA is organised as a Federation Internationale de l’Automobile (FIA) single-organisation championship designed to ensure cost-effective transition into formula racing adopting the one-team, one-make and one-cost concept. As the only one of its kind in the South East Asian region, the entry-level single-seater racing championship format will become an important boost for talent development in the region.

Certified by the with the AAM, the Formula 4 South East Asia Championship is an upgrade of the current AsiaCup Series format, which will commence from 2016 with the season provisionally scheduled to commence from July with rounds in Malaysia, Singapore, Indonesia, Philippines, Thailand, Taiwan and India. The full calendar will be announced at a later date.